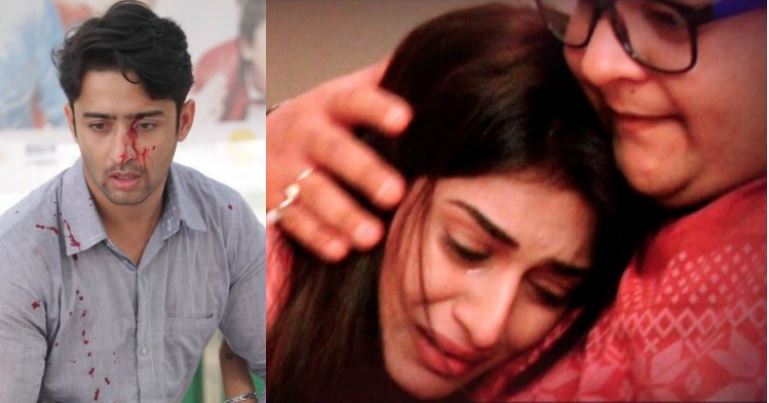 Brace yourself, all you DevAkshi fans, as you guys will soon witness depressing times ahead in the show.
Jealousy has completely taken over Ishwari (Supriya Pilgaonkar) in Sony TV’s Kuch Rang Pyaar Ke Aise Bhi. As per the promos that are out, Ishwari has started to feel more proprietary towards Dev (Shaheer Sheikh). She is not yet ready to share Dev with anyone. Even though Ishwari’s practical side tells her to accept Sonakshi, as she too was a bahu once, the irrational side of her is not willing to do so.
And the outcome of Ishwari’s insecurity is Dev and Sonakshi’s break up.
Yes. Very heartbreaking indeed.

From the time that Ishwari has known about Dev and Sonakshi’s (Erica Fernandes) relation, she has been unhappy. Ishwari does not like the way Dev has changed after Sona’s entry in his life. And to add to her insecurity, Dev unknowingly prioritises Sonakshi and her choices over that of his mother’s.

Adding to Ishwari’s growing unease, Radharani (Alka Mogha) aka Maami, adds more fuel to the fire by speaking ill about how Sonakshi is taking Dev away from Ishwari. Unable to handle all this stress, Ishwari will do something that no one would have imagined her to be doing. She will attempt suicide.

This will shock Dev to no end as for him, there is no one above Ishwari. Ishwari’s suicide attempt will reveal her unhappiness over Dev and Sonakshi’s relationship. Not the kind to make his mother unhappy, Dev will decide to end his relationship with Sonakshi. This decision of Dev will leave Sonakshi heartbroken and her family will support her in this hour of need.

Will Ishwari have a change of heart seeing her son in despair? Will she ever agree to Dev and Sonakshi’s relationship?