How Pooja Bedi’s effort to clean up a hotspot is slowly failing! 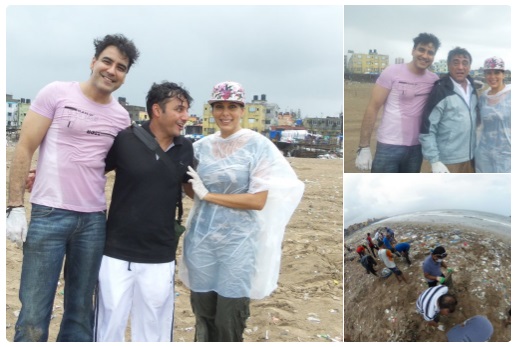 How Pooja Bedi’s effort to clean up a hotspot is slowly failing!

Actress Pooja Bedi loves to be close to nature. The actress, who lives in the vicinity of Versova Beach looked upon the beach one day and realized what a terrible condition it is in. She decided to Organise a clean up of the beach. On June 10th, a number of volunteers, along with the actress cleaned up the beach and it looked totally spick and span.

Check out this picture of the clean beach taken on June 10 after the volunteers cleared over 300 tons of trash!

The citizens of the locality were extremely happy as their beach looked really beautiful, this also led to a rise in visitors. Everything was going well but not for long; in a matter of days, garbage (majorly plastic waste) started washing up on the beach with the tide. On June 26th, the actress put up a photo of the beach showing how garbage had returned on the beach.

And today, the actress posted another picture of the beach that shows a huge amount of garbage that covers up almost all of the sand on the beach! Despite the efforts taken by the volunteers, the beach has returned to the condition that it was previously seen in. This highlights the flaws of waste disposal of Mumbai city.

We tried contacting the actress to get some more insights into the matter but unfortunately we were unable to get through.