Karishma Tanna is in love with her look on Nagarjun! 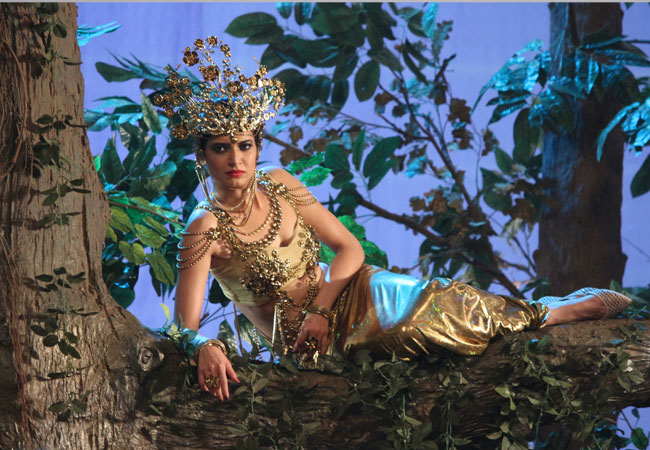 Karishma Tanna is in love with her look on Nagarjun!

Check out what the actress has to say about her ‘Maskini’ look on the show Nagarjun – Ek Yoddha!

Actress Karishma Tanna, who is currently playing Maskini on the show Nagarjun, is extremely happy with the way her look has turned out in the show! Her look is like an Egyptian Mermaid and she thinks that the look is bang on! In the show, Karishma has two different looks – one for Naglok (fictional town of snakes) and another for Dhartilok (Earth). She has to spend an extra hour in getting into the look of a ‘naagin’ as she has to put on a heavy crown which weighs around five kilograms!

“My look is that of a royal naagin, and I think, for the first time on Indian television, any actress has been given such a glamorous look. I have this Egyptian Mermaid look for the first time. My crown itself weighs around five kilograms and the jewelry around three kilograms! It’s very difficult. I just wait for my shot to get over and remove the crown first and feel light for some time as it gets heavy on the head!” Karishma said in a statement.

She has some real task to do!