Off-beat characters that created a buzz on television 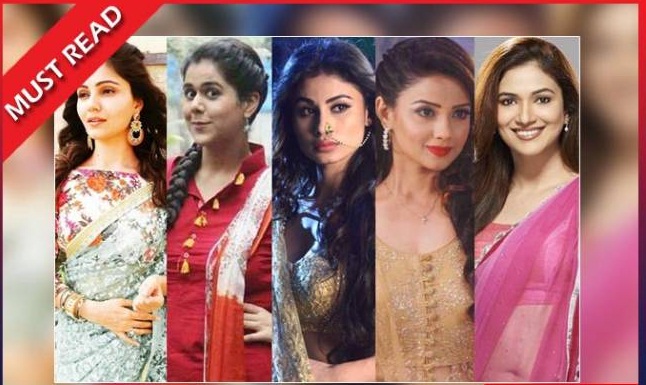 Off-beat characters that created a buzz on television

‘Characters’ play a vital part in making the stories touch a new height and make a special place in the hearts of the audience.

We come across so many characters across TV shows. Some of them make us love them while some hate them. Among all such characters, there are some of them who always manage to stand out and Indian television is no behind in experimenting new stuffs when it comes to a story or a characterization.

Recently, we have come across some of the off-beat characters on Indian daily soaps that will surely be remembered for their uniqueness.

business cash brings to you some of those off-beat characters on television who have managed to win audience’s heart. Have a look –

Soumya (Shakti – Astitva Ke Ehsaas Ki on Colors) – The character of Soumya which is played by TV beauty Rubina Dilaik has managed to win audience heart in a short span of time. The show is all about a girl named Soumya who is a transgender. The show depicts the struggle of Soumya being a transgender and beautifully essays the tale of her love story too. Now this was something that the TV audience was never introduced to before this and a character well experimented, has worked well.

Mannu (Waaris on &TV) – Now, here lies a big twist in the tale. The story of the show revolved around a girl who was raised as a boy by her mother. This big lie was carried forward just to protect the girl child from all the social evils. The young version of Mannu was essayed by Saniya Touqeer and the grown up Mannu was played by Farnaz Shetty. So this was quite a different character that the audience got to witness on TV where a girl had to pretend to be a boy.

Rajni (Bahu Humari Rajnikant on Life OK) – Insaan hun koi robot nahi! Ever heard these lines? Life would be so cool na if we have robot in our homes? Yes, we all have witnessed the magic that a robot can do in this series. This quite hatke character on television has won many hearts with her extraordinary talent and capability to turn the impossible into possible.

Naagin (Naagin on Colors) – Perfectly essayed by Mouni Roy and Adaa Khan, these supernatural characters became quite a hit in no time. The way their characters were shaped up from being normal people to being deadly Naagins, was well accepted by the audience and the popularity of these characters had made the show top the charts.

Badho (Badho Bahu on &TV) – It’s another character that has created a lot of buzz around. The story revolves around Komal aka Badho who is an all rounder. Not only with her smartness and intelligence but the way she has the ability of defeating men in the wrestling ring, sets out an inspiration for all the women out there who are underestimated in the society.

Pihu/Bhootu (Bhootu on Zee TV) – One of the cutest character you have come across on TV! Yes indeed. We do see some of the ghostly characters on television and in films but when a ghost comes with an added blend of cuteness and adorableness in it then it is bound to be stand out from the crowd. Bhootu is one such character which is quite lovable by all and Arshiya Mukherjee just nailing it.