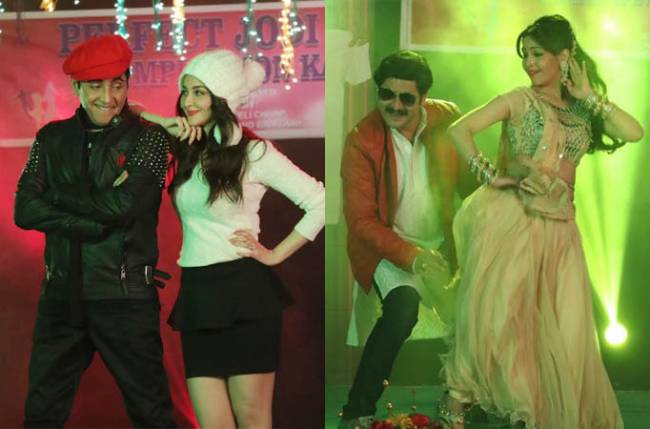 &TV’s Bhabi Ji Ghar Par Hai is known to entertain audience with its humorous yet interesting storyline. In the upcoming tracks, the cast of the show will be seen adding dance ka tadka raising the entertainment quotient even further. The viewers will see their favorite couples fight it out for the Perfect Jodi title.

As per the sources, in the upcoming episode Meenal will insist Anita Bhabhi to be a part of a dance competition, which will be hosted at the modern colony. After listening to the winning amount which is 5 lakh rupees Anita decides to participate in the competition. Unfortunately, while practicing for the dance competition, Vibhuti hurts his back and calls Angoori for the treatment. Tiwari takes the advantage of the situation and asks Vibhuti to misbehave with Anita if he wants Angoori to help him. Meenal notices Vibhuti’s behavior towards Anita and disqualifies them. The entire situation leaves Anita disheartened, but soon after Vibhuti comes back with a new plan. They organize a similar dance competition which even Angoori and Vibuti decides to be a part of.

Talking about the track, Saumya Tandon aka Anita bhabhi said, “Well I have chosen a fun old Kishore Asha song, ‘Ek main Aur ek tu’ for the dance performance. I chose this song because it’s vibrant and fun that’s what’s the chemistry of Anita and Vibhuti is like. They are a fun couple, they fight, they romance, they stand by each other and their romance is also full of fun. We will keep the dance element secondary and the interaction and acting with expressions in it will be the focus. Technically dance might take a back seat but I can guarantee the viewer will enjoy seeing Anu and Vibhu in action.”

Who will be the perfect Jodi?