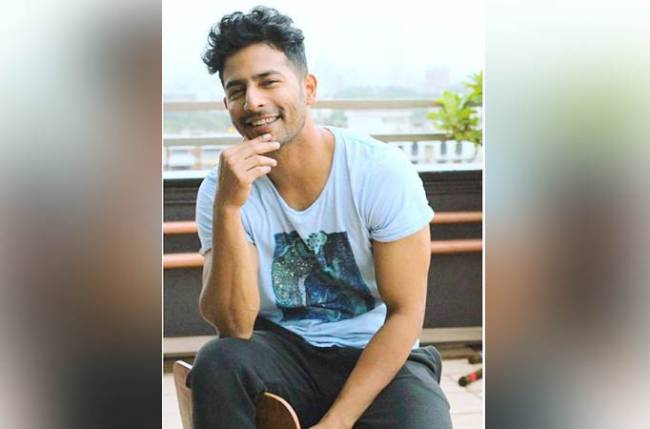 tvactor who has been a part of TV shows like Dill Mill Gaye, Ek Hazaaron Mein Meri Behna hai and the Sony TV show Humsafars. Azim has also been a part of the Colors show Thapki Pyar ki. The colors show Udaan saw him playing the role of a lead inspector Ajay Khurana. This boy next door has been applauded not just for his performance on TV but also for his acting prowess. Sehban worked in a ashort film that won a lot of accolades in film festivals as well. got in touch with the actor and that is when he revealed his quirky side and it sure was fun.
Take a look…
Which TV show do you think made you popular?
Dill mil gaye

what would you have been if not a TV actor

What would you expect during a romantic date?

The girl should have good intellect, A good weather, nice food and lots of romantic conversation

My favourite snack/s when ‘eating out’ in Mumbai is

What would you do if you ever lost your mobile ­phone?

Now, that would be a disaster, though I’ve started keeping a back up so if that happens I don’t lose much. Disaster management you see.

What do you find most embarrassing

When couples fight loudly and rudely in a public place

One thing you wish would drastically change about Mumbai

The roads(potholes), the dirty streets

Which is your favourite destination/s both foreign and Indian?

Not my favorite cause I haven’t been there yet by would love to see Ladakh, Kashmir, and Istanbul.

Who would you dream of being cast opposite to, if you ever get a chance to do a film?

Alia Bhatt and that’s because I think she’s a fabulous actress.