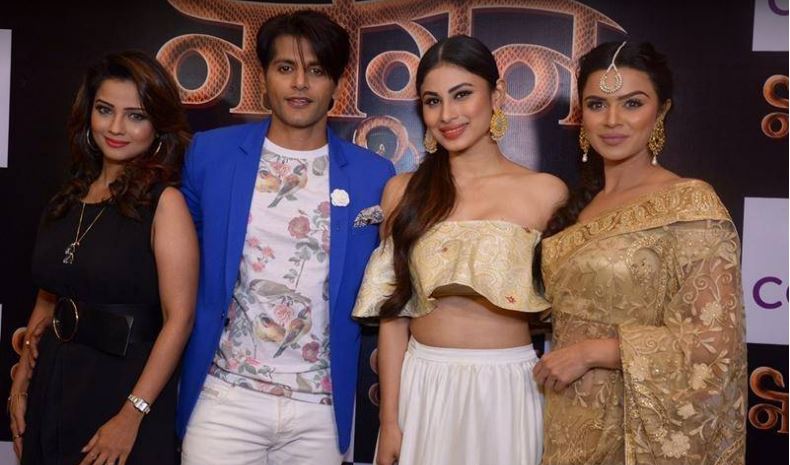 This is what the actor has to say about his role in the second season of Naagin.

When Karanvir Bohra joined the existing cast of Naagin 2 replacing Arjun Bijlani, it created quite a stir. A lot was speculated as to what would Karanvir’s role be, or even whether he would essay any Icchadari character in the show or not.

But here’s the end of all the suspense and we would not keep you waiting. Karanvir will play Rocky and he will essay the character of Sudha Chandran’s son in the show.

Speaking at length about his character, Karanvir revealed, ” I am really excited to be a part of Naagin 2, as I am a huge admirer of Sudha Ji (Sudha Chandran). And the best part is that I am going to play her son, so I am going to have a lot of scenes with her.”

Carrying on Karanvir said, “Rocky is full of life. He is intense and expressive. He falls in love with Shivangi (Mouni Roy) at first sight but his badi ammi (Sudha Chandran) gets Ruchika’s (Adaa Khan) alliance for him. It is a triangle between him, Shivangi and Ruchika and how he tries to convince his mother that he needs to have Shivangi in his life is what Rocky’s character is all about.”

We quizzed the actor on why he chose Naagin 2 and he said, “Naagin is a show that everyone watched. It has become a brand now. And being a part of such a show and also being associated to Ekta, has always been a cherry on the cake for me.”

On preparing for his role as Rocky in the show, Karanvir revealed, “Ekta’s brief to me was simple. That I have to look young, dashing and romantic. I have always played an intense, obsessive and passionate lover. Here, it’s a very college boyish romance. I had to work on my looks as well. I had to chop off my side locks that had been there for the past 15-20 years. Then I also had to wash my hair daily and condition them. And I’ve also started to maintain a clean shaved look.”

About sharing screen space with Mouni, Karanvir said, “I haven’t shared screen space with Mouni before. This is the first time that we are working together. We’ve done a few dance shows together and I know her personally from a very long time so we are pretty close. We have a comfort level, there is no need of breaking the ice here because the required chemistry is there.”

Naagin 2, one of Colors’ most awaited ventures, premiers on the 8th October and will air on weekends.