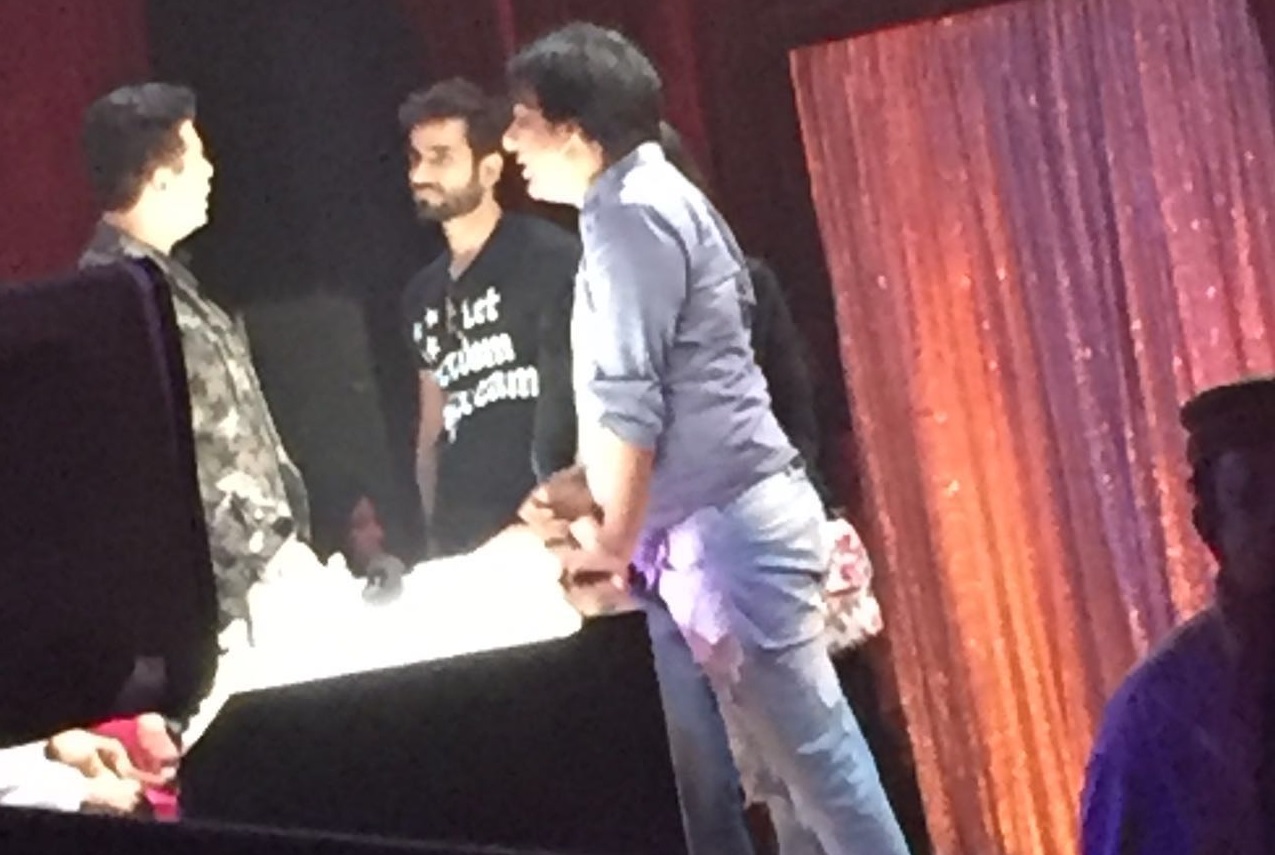 Though the image is not clear, we are sure you must have guessed the actors’ name! Haven’t you?!

Well, he is none other than ‘Jhalak Dikhhlaa Jaa Season 7’ contestant, Karan Tacker, who gave a tough competition to his co-contestants that season. As the new installment ‘Jhalak Dikhlaa Jaa Season 9’ is all set to gear up, Karan made a point to give a wonderful visit to his friends on the show.

Karan Tacker expressed, “I was next door to the set of Jhalak and there are many friends of mine in the show like Arjun Bijlani, Karishma Tanna, and others. So I made a point to visit them and cheer for their performances. I met Karan Johar and my chore-partner, Bhavna, from the previous season as well. It was great to be back on the same show that I have been a part of previously.”

Though the actor was present on Jhalak’s set, the viewers sadly will be not able to get a glimpse of the actor as he was present backstage only. But we hope Karan Tacker takes up a new show soon so that his fans can see him and rejoice again.

Until next time, keep reading the space for more news.