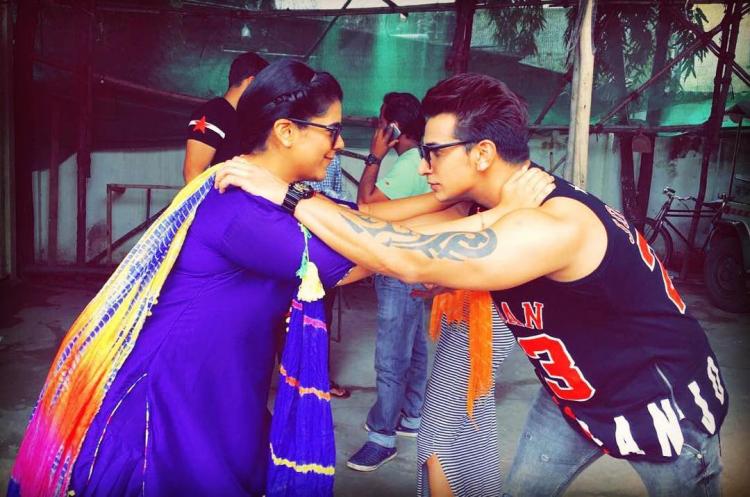 In a country where Indian TV soap operas for years have focussed only on kitchen politics and ‘saas-bahu’ dramas, a new show titled “Badho Bahu” will tell a story of a plus-size woman and her dreams of marriage.

In a country where Indian TV soap operas for years have focussed only on kitchen politics and ‘saas-bahu’ dramas, a new show titled “Badho Bahu” will tell a story of a plus-size woman and her dreams of marriage.
The show, which was launched here on Tuesday, will feature “Bigg Boss 9” fame Prince Narula and debutante Rytasha Rathore, who will be playing a 100 kg girl named Komal.

Asked if it is loosely adapted from the film, Rytasha told IANS: “The only similarity is that she (the character) is fat and she marries a guy who is not interested in her. But the show is very different as it has 260 episodes. So it will be a long show. There are a lot of things to happen.”

The show is based in the Indian state of Haryana, and Prince, who bagged the winning trophy of the controversial reality TV show “Bigg Boss 9”, will be seen essaying a star wrestler and an eligible bachelor named Lakha Singh Ahlawat.

How difficult was it for Prince to get the Haryanvi accent?
“I practised a lot for it… I am from Punjab and my tone is very different. When I came to Mumbai, I struggled to talk in Hindi because I used to talk so much in Punjabi. Now with the show… it is in Haryanvi. So I had to practise a lot,” Prince told IANS.

Prince has also paid a tribute to superstar Salman Khan, who hosted the ninth season of “Bigg Boss”.
“I watched ‘Sultan’ many times. I was watching a move… The first wrestling move in the first episode of the show is a tribute to Salman sir because I have copied it. I was asked ‘Why do you want to do this?’ I said because I am a big fan of Salman Khan, so it was a tribute to him,” he said.
“Badho Bahu”, which will premiere on September 12 on &TV channel and will be replacing “Yeh Kahan Aa Gaye Hum”, also stars Pankaj Dheer, Jaya Ojha, Arhaan Khan and Sangeeta Panwar.

Talking about the show, Pankaj, who will be seen essaying Prince’s character’s father, said: “It’s basically a story of girl, who is over-weight. I would call her a very normal girl, who is a little overweight and that is not a problem.”
Will the show help in changing the perception about over-sized people in India?
“I hope it does. I think it will. But I am just a drop in the ocean,” Rytasha added.