Check Out: Is Zain Imam aka Yuvraj from Tashan-E-Ishq in ‘LOVE”??? 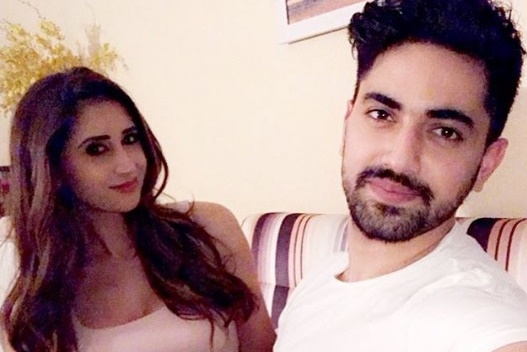 Check Out: Is Zain Imam aka Yuvraj from Tashan-E-Ishq in ‘LOVE”???

Should we congratulate the couple already?

Looks like the super hot Zain Imam, who is better known as Yuvraj from Tashan-E-Ishq, has been hit by cupid.

The television industry has been abuzz with news that this hottie is reportedly dating British-born model and TV Anchor Eisha Acton.

Eisha is currently hosting and anchoring the Indian Super League.

Going through Eisha’s Instagram profile, we have come across this extremely adorable pic of the two of them where Eisha is wishing Zain Good luck for his new show Yeh Vaada Raha on Zee TV!

We tried calling Eisha and Zain but they remained unavailable to comment.

Should we congratulate the lovebirds already?