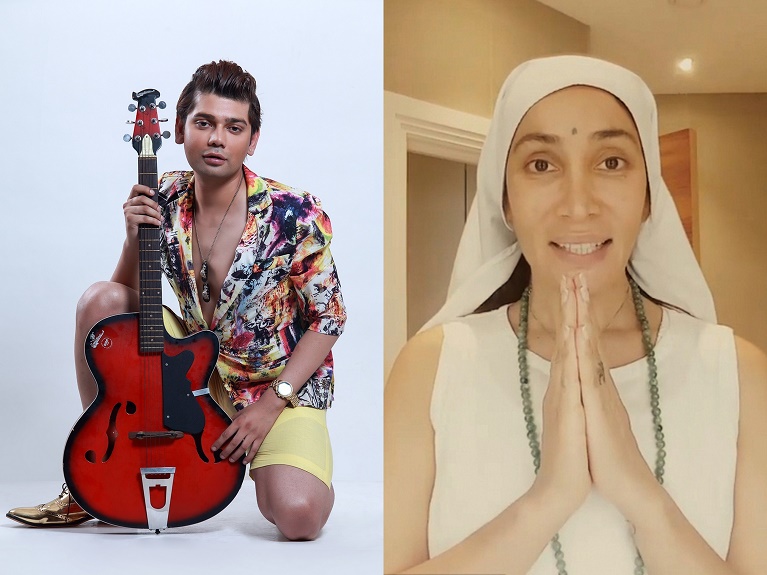 Take a look at the letter below-

Dear Ms. Sofia Hayat,
Your antics on reality shows were not enough scandalous, your modelling career was dismal, your acting stint crashed even before take-off – I would rather say your struggle to stay in the limelight has now reached the ultimate desperation that you are calling your publicity stunt a “sacred reason”. I mean, how low can you get!
Your short-lived stardom soon fizzled into oblivion that now you have taken the religious route to attract attention. Who has seen a nun use social media, make public appearances, go to reality shows and laugh her way out and conduct Press Conferences?

Now that your sexuality, your outrageous sense of dressing, your pathetic attempts to present yourself as a social activist by posting nude pictures on social media, your affairs with celebrities, isn’t working, our so-called Gaia Sofia Mother’, has decided to quit the glamorous world and downcast herself even more.
Like you proclaimed, “I had an active sex life. I had boyfriends. The change happened in July 2015. I asked myself, Why am I not feeling any more desires? Let me tell you why! People have had enough of your boobs show, your silicone implants that don’t justify your sacred gyan, and basically your erotic self that now those same people perceive you as a big bin of thrash.

So Ms. Sofia Hayat, if you really want to do something good of your life, I would suggest you to meditate and do some charity. But first, do some charity for you because charity begins at home!