Love birds Bandagi Kalra-Puneesh Sharma kicked out of their residence 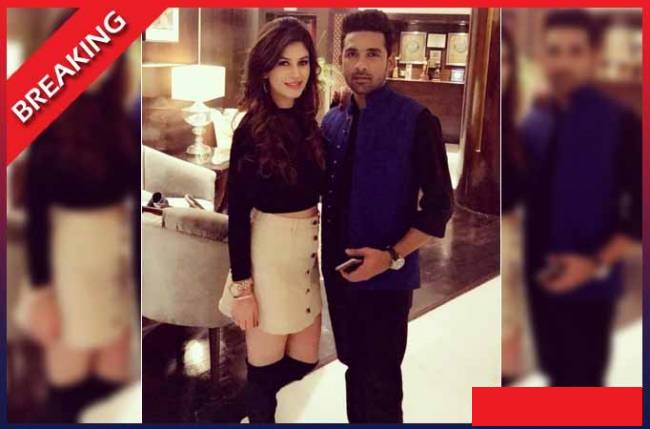 Love birds Bandagi Kalra-Puneesh Sharma kicked out of their residence

Mumbai: The controversies from the Bigg Boss house are not just limited within the season. They keep floating even after the show ends.

The non-fiction series, is known to bring celebrities into limelight apart from revealing their real and hidden personality. The latest piece of gossip that we have is not just scandalising but surprising as well. Bigg Boss 11 contestants, Bandagi Kalra and Puneesh Sharma had become a thing in the controversial show on Colors.

The two met each other in the house and even outside, and fell head over heels in love with each other so much so that it seems, they cannot have enough of each other. This may be taken as a testimony to the fact that Bandagi and Puneesh were found getting cozy and intimate during the 11th season on various occasions.

The couple is indeed on cloud nine!

While their relationship is going headstrong, it looks that they have been hit by a pool of hurdles. Take a read at yet another hot and shocking gossip from the stables of business cash.

As per information received, Bandagi and Puneesh are in a live-in relationship and are very happy in their paradise. However, in one of the frequent parties, the duo got drunk and created a ruckus much to the disappointment of their residential neighbours.

A little birdie confirms, “Puneesh stayed with Bandagi at her place. The two have been frequently partying and lately, the two got so drunk that they went all out and wild at wee hours causing disturbance to the residents staying in the building. The society secretary took strict action and showed them the door.”

“The two are currently put up at a hotel and are house hunting,” adds the same source.

When we contacted Bandagi, she clarified, “This is a fake rumour. We never lived together. We aren’t living-in yet.”

Puneesh, on the other hand, stated, “This is bullshit. It is fake news and your sources are fake and bullshit. I live in a hotel but alone. I have never lived-in with Bandagi. This is nothing but a big joke.”