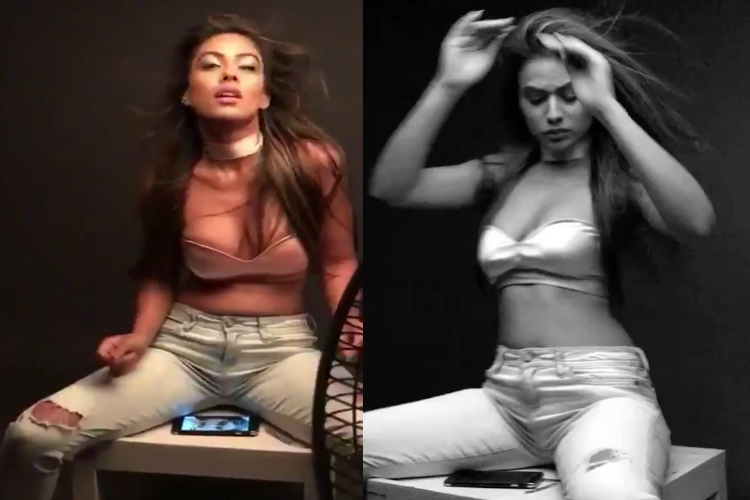 The actress is all set to star in an upcoming web series, where her photo shoot has now become a major controversy..

Actress Nia Sharma has certainly been the favorite member of the news brigade, where the actress makes it to the news time and again on several instances.
And now, once again, Nia has become the subject of a major controversy. Recently, the actress, who is set to star in an upcoming web series ‘Twisted’ posted an image on her Instagram followed by a video which was from the photoshoot of the web series.

While what seemed like a normal post, managed to spark a lot of flak from the fans. The actress is seen moving and grooving to Tony Kakkar’s song during the shoot, which apparently did not go down too well by the watchers.

From receiving extreme wrath to fans using abusive language as comments, fans expressed their ‘disapproval’ and ‘disgust’ over Nia’s attire and the moves.

Things kept on getting bigger and soon there was a flow of comments thus sparking a major controversy.

We contacted Nia and asked her comments about the saga, however, she refused to comment on anything.