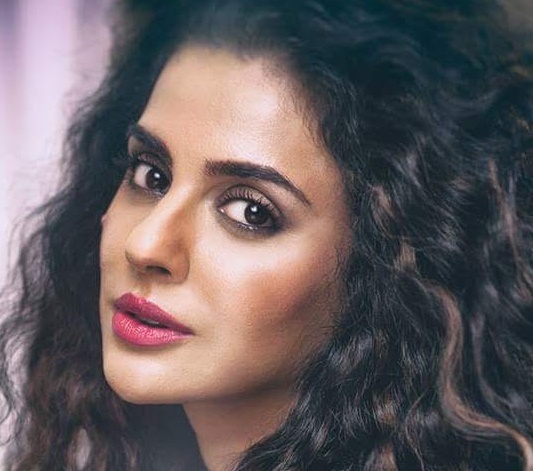 Sara Arfeen Khan talks about her entry in Jamai Raja and the constant confusion of the media between her and the ‘Kawach’ actress.

Sara Arfeen Khan, who rose to popularity with TV show Dhoondh Legi Manzil Humein was seen in mythological blockbuster Siya Ke Ram on Star Plus and now, she is all set to make heads turn with her entry as Mahi in Zee TV’s Jamai Raja.

In conversation with Sara, she talks about her entry in Jamai Raja, people confusing her with another actress with the same name and about things she did, post Siya Ke Ram!

Sara, you’re the new entry in Jamai Raja, tell us about your role.

I’m on board to play Mahi… after she meets with an accident and undergoes a plastic surgery, that’s where I come in the picture. In the initial track, I’m in the hospital so I’m not supposed to be bubbly or chirpy but as the show progresses, I’ll play a softer role. I’ve read the script and there is a major twist that the audiences will have to watch out for.

What had you been up to after quitting Siya Ke Ram?

I had a movie to complete, that was shot in the beautiful locales of Kashmir, the preview is due this weekend. I’m a hopeless traveler and can’t get enough of it. I was busy traveling and also conducting seminars on women empowerment across India. I’ve been doing this all along and it’s the seminars that take most of the time.

How did Jamai Raja come along?

Like I mentioned, I was traveling and conducting these seminars. My manager would keep coming with interesting roles but I had my hands full to take up something new, but for this one particular project, my manager insisted I do it as it was different than all other shows being offered to me and the role was a promising one. It was all pretty quick.

I read the script, signed the contract, had a day’s break and the next day started shooting, and it’s been 3 days already; I’m glad I took this up. I’ve tried all kinds of drama and Jamai Raja is one of the top shows currently, with a major fan following.

I would not call it a replacement, trust me, the track in the coming few weeks has some major twists and turns and will leave the audiences confused. Only time will tell, but I hope the audiences accept me.

It’s been 3 days and I’m liking the vibe, people here are very accepting and I’ve been bonding with Mouli Ganguly and Rajeshwari Datta.

Any preparations you had to do for the role?

The major one has to be straightening my hair. I have curly hair and I’ve always kept them like that, but the role required me to have straight hair and a cut to have fringes fall on my face. I’ve never really done much to my hair so this is going to be a different look.

Apart from Jamai Raja, what has kept you busy?

I have my movie with Indraneil Sengupta coming up and another film in the pipeline, but it will be too early to talk about it.

People often confuse you with another well-known actress, Sara Khan…

We’re living in a world where everybody has some or the other thing similar, whether it is the name, personality, or maybe even looks. Now, when you have two same people who share the same identity, same name, I think the media should be a little more responsible or double check on who is what and what are they doing. It’s happened to me so many times that my interview has been given but the other Sara Khan’s picture has been put up and I’m sure the same must have happened with her.

Well, for now, we are waiting to see the track unfold on Jamai Raja! We wish you luck for the new venture!